Food waste is a huge contributor to the production of greenhouse gas emissions. The EPA, NYS DEC, and other environmental agencies have set a goal to achieve sustainable management of food to ensure that the right amount gets produced and that all of it gets used.

What is Food Waste?

Food waste is all of the food that does not get used for its intended purpose. That could mean a few different things.

There are a variety of different ways to ensure that food does not end up in a landfill incinerator. For example, the wasted food can be sent to feed animals, composted, or anaerobically digested. Planning out grocery store trips and meals for the week can ensure that all the food you buy is eaten, and that your money gets saved. The EPA defines three distinct areas of food waste.

How it Affects the Environment

Wasted food doesn't only get us angry when we have to clean out our fridge every week, it also creates a heavy burden on the agricultural industry and has drastic environmental effects on our planet. Not only does the actual food get wasted, but the resources used to produce the food do as well.

When food is disposed of, it gets sent to the landfill where it rots and releases methane. It is estimated that between 6-8% of the methane released into the atmosphere is from food waste in landfills. Methane is a greenhouse gas that has twenty-one times more global warming potential than CO2. The amount of methane released in landfills from food waste is roughly the equivalent of 32.6 million individual car trips in the U.S.

Water is essential to food production. It is used in all stages of production including irrigation and spraying. Of all the freshwater on the planet, roughly 70% is used for agriculture. That is because fruits and vegetables, for example, are made up mostly of water. One apple takes roughly 33 gallons of water to produce.

The production of meat requires even more. It is estimated that 468 gallons of water are used to produce one pound of chicken and 1,799 gallons for one pound of steak. Animal products take the most water to produce because animals drink it and water is required to produce the grain and corn needed to feed livestock.

Fossil fuels such as oil and petroleum are used to produce, store, cook, and transport food from fields to warehouses to stores. When food is brought to warehouses, energy is needed to package, clean, and sort the products before they can be sent to the store to be sold. Wasting fuel from both the production and decomposition of food creates a costly impact on the environment.

The amount of land wasted during food production due to food waste is roughly 1.4 billion hectares or 28% of the world’s agricultural lands. Land used for the production of crops and raising livestock is wasted when food waste is abundant. Land degradation is a huge issue in creating too much food. Too much pressure is put on the land and causes an inability of the land to produce.

Deforestation and slash and burn agriculture lead to a decrease in the biodiversity of the land. When natural, untouched land is turned into pastures or meadows for livestock, it minimizes the diversity of the species on the land. Overfishing also leads to a decrease in biodiversity because there is a higher strain on producing enough fish that many do not meet requirements to be sold, and many fish remain farm-raised and do not receive the right amount of nutrients.

The NYS Food Donation and Food Scraps Recycling law just released by the NYS DEC requires all excess edible food to be donated and for all food scraps to be recycled by businesses and institutions that generate an annual average of two tons of food waste per week. The law will be effective January 1, 2022, and does not include Hospitals, Nursing Homes, Adult Care Facilities, Farms, and K-12 Schools. NYC is exempt from the law because there is already a local law in place that deals with food scraps and waste.

The DEC will publish annually the list of businesses and intuitions to which this law applies. The list for this year was published June 1, 2021, and it states the requirements of each business.

The project is taking place in LaPorte County, Indiana in the town of Kingsbury. The AD will process 200-400 tons of source-separated food waste per day. The proposed location is the LaPorte County Commercial Plant. It will produce Renewable and Compressed Natural Gas (RNG and CNG) and fertilizer. The project is looking to create 60 permanent jobs for experienced locals and roughly 100 construction jobs.

RNG is sustainable and the cleanest burning transportation tool found on the market today. It is known to burn cleaner since it has a lower carbon content and releases the fewest emissions from all other fuels.

LaPorte County, Indiana is the optimal location of AD because of the large amounts of agricultural waste and its proximity to abundant food waste in the area. The food waste that supplies the system will be converted into useful products that can serve the area efficiently.

Galli Engineering looks to stay ahead of the difficult issues and to find ways to mitigate them for an easier and healthier life for all. To read more about what Galli Engineering is working on and researching visit the website. 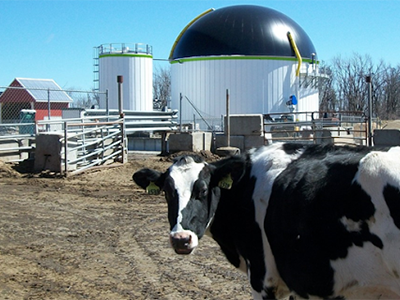 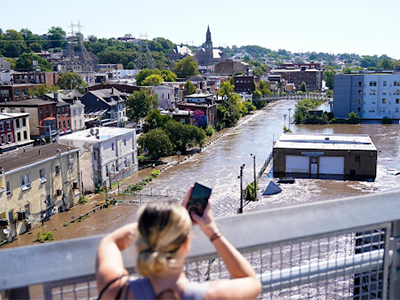 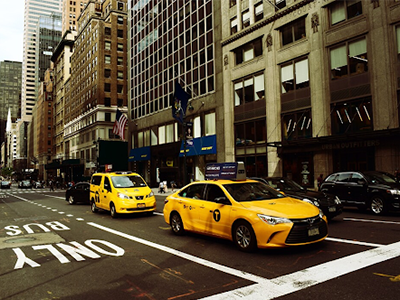 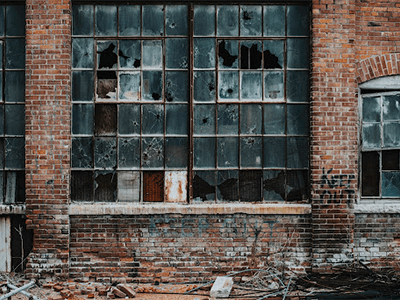